News > REMEMBRANCE > David Whately-Smith follows the final steps of his uncle Andy, a Hordelian who died in WW2

David Whately-Smith follows the final steps of his uncle Andy, a Hordelian who died in WW2

The Whately-Smith family visited France to learn more about Andy Whately-Smith, whose story is detailed in the 'Remembrance' book The Whately-Smith family present a painting of Andy to their French friends
David Whately-Smith has kindly given us this account of his family's recent trip of remembrance:

It was no coincidence that my family’s trip to the Vosges mountains in Eastern France to follow in the footsteps of my uncle and Old Boy of this school, Captain Andy Whately-Smith, should happen more or less at the same time as the publication of Tom Pearson-Chisman’s book, ‘Remembrance’. It was Tom who blazed the trail for us and encouraged us to go and retrace Andy’s movements during the last few weeks of his life in the autumn of 1944.

You will have to read his book to learn what my uncle was involved in and how he met his death. For the members of his family who are familiar with his story, it was a fascinating, rewarding and very emotional couple of days. The experience was made all the more poignant by Tom putting us in touch with some local historians in the Vosges who are helping to keep the memories of the brave deeds of the SAS and the heroic sacrifices made by the inhabitants of the village of Moussey alive.

During those two days in early May, we walked on the drop zone where Andy and others landed by parachute in the middle of the night. We stood on a hill that overlooked the pretty mountain village in which the French couple who took him and his badly wounded senior officer in lived. We visited their house where Andy had a bath while the two Germans billeted there were eating downstairs. Behind the house there is a steep path up to a cave in which Andy and his wounded colleague hid for seven weeks. We climbed up to the cave and imagined them there as Madame tended the wounded man, their pleasure as the daily tray of food was brought up the hill to them and their impatience to rejoin the fight. Madame kept a diary in which she said she loved them both as sons. We laid a wreath at the couple’s grave in the churchyard and at the memorial in the centre of the village which bears my uncle’s badly misspelt name.

On the next day, we went to the nearby village of Moussey whose heroism is inextricably linked with the SAS. By arrangement, we met the mayor, deputy mayor, local historians and other dignitaries in the town square. After a visit to the church which was rich in memorials to the events of late 1944, we laid another wreath near the graves of the ten SAS soldiers buried in the churchyard. It was then back to the village square where I made a short speech  and presented our French friends with a large portrait of Andy in SAS uniform which is to be exhibited in a museum to be inaugurated in the village next year. The presentation produced a lot of emotion from French and British alike.
With our guides on board, our procession of cars (including a WW2 US Army jeep) disappeared into the pine forests that cover the mountains. We drove for 20 kilometers along the forest tracks where the SAS set up their bases always trying to keep one step ahead of the Germans.

Earlier in the day we experienced the biggest ‘wow’ moment of the trip. We went to the drop zone codenamed ‘Anatomie’ where the first SAS men involved in the operation had parachuted in. There to meet us was the 92 year old Henri Poirson, who had been there on that night in August 1944 and had helped light the flares and bonfires that had ensured the aircraft could identify the drop zone. He told us how he had concealed himself behind small haystacks from the eyes of any watching Germans. We learnt that he had been one of the villagers who had been deported to Auschwitz for assisting the SAS. He rolled up his sleeve and showed us his tattooed number…

One month on from the trip, much of what we saw is still in our heads.

Pre-orders for the Remembrance book are being taken until Friday 24th June. If you would like to own a copy of the 'Remembrance' book, please click here for details. 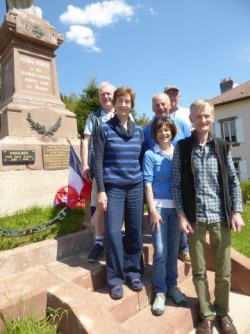 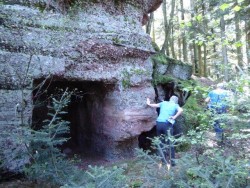 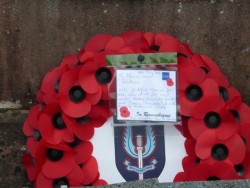 We were delighted to award the Hordle House Scholarship to four worthy pupils this week. More...