Peter Morris, HW 2004-2008, has completed his officer's training at Sandhurst

Peter Morris is commissioned into the Royal Logistic Corps Peter Morris attended Hordle Walhampton from September 2004 until July 2008. He then went on to Clayesmore Senior School, Welbeck College, University of Aston and finally The Royal Military Academy Sandhurst.

He was commissioned on 11th August 2017 into the Royal Logistic Corps. He is presently attending a Troop Officers course at Deepcut following which in the New Year he will be posted to 29 regiment RLC in South Cerney, Gloucestershire.

Mr and Mrs Morris are so proud! 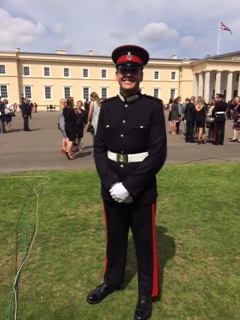 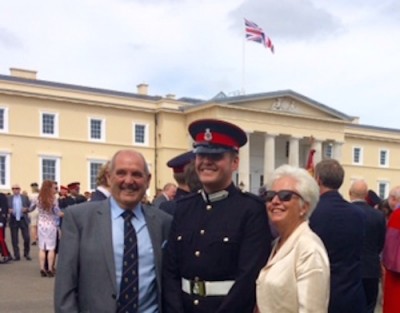 Former Walhampton governor and mum, Susie Sheldon, has been appointed Lord Lieutenant for the Isle of Wight More...

This year we are celebrating the career of David Hill as he marks 50 years of service to Walhampton school. More...

Peter Morris, HW 2004-2008, has completed his officer's training at Sandhurst

Peter Morris is commissioned into the Royal Logistic Corps More...