News > ALUMNI GATHERINGS > Reuniting after half a century!

Reuniting after half a century!

Stefan Hildt and James Leighton, best friends from school, see each other for the first time in 50 years! Walhampton revisited after 50 years
The joy of being part of the Alumni Community is when you find your best friend from years gone by and meet up again!
Here's how it happened, in Stefan's words...

"When I got the email about the film night I thought this might just be the catalyst for us to meet for the first time since Walhampton in 1970, 50 years ago. I could not find James’ email address from when we last corresponded over 10 years ago, so I looked him up on Linkedin and sent him a message about the film night. To my pleasant surprise he said he would come.

He lives in France and I live in Poland, so we met up for dinner in Southampton on Thursday evening. He was so tall, but you could quickly see it was the same person inside, the same character you remembered. We had a great dinner and chatted about everything, and the next day we drove to Walhampton and walked around the grounds reminiscing in the terrible weather, trying to remember where our camp was in the bamboo – no luck.

We did come across the classroom where we made popcorn. James and I had 50 mice at one time, and we separated out the corn from the mouse food, snuck some butter out of the dining room, got a metal pencil case, and put it on top of a heater (must have been some sort of portable gas or oil burner) and the jubilation when that first kernel popped lasted 50 years! Of course we were found out and got suitably punished… Somewhat ironic that they served popcorn at the film night.

For me, it was a huge part of my bucket list. We were such good friends at such a formative age; I was determined we should see each other again. So I’m very grateful for the film night. This also inspired my 91 year old Uncle to now try and contact his school friends, but alas – he found he was too late. So the message to other Alumni: Don’t leave it too late. It’s so easy now with social media to get in touch with old friends – just do it now. The things we regret most are the things we didn’t do. And I’m so glad I did this.

The film night itself was a great passage back in time. A reminder of how blessed we were to be in the care of such dedicated and inspired people. JB, PL, Mr. Kealy, Alan Berry, Major Hamilton… the list goes on. God bless them all. And I got the feeling the same ethos lives on in Walhampton today.

Thanks again for making it possible, 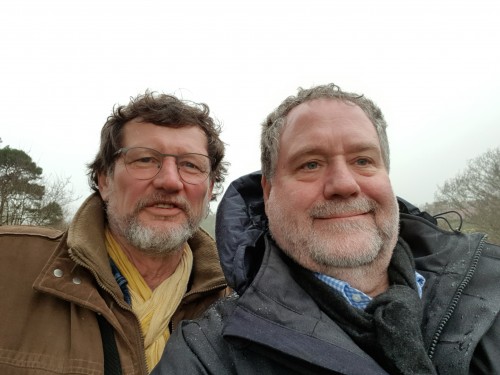 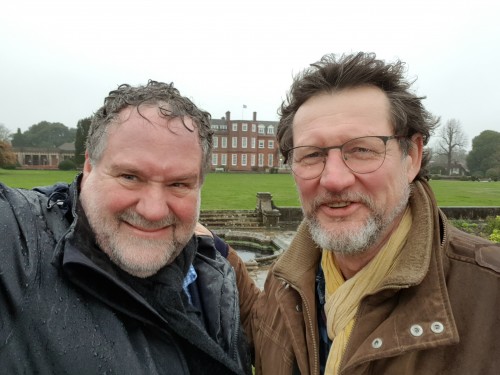 We take an interesting peek at Walhampton life from the perspective of two Head Girls, our current Alicia Pearson-Chisman, and Lucy Ellwood-Russell who was at Walhampton twenty yea… More... The school parents formed a long, respectful 'drive past' procession for Mr and Mrs Mills to bid them farewell. More...